This short interview with Mee Eun Kim was originally done for the Trans-Siberian Orchestra's fan site message board ( http://trans-siberianexpress.com ) in February 2012:

Most in the USA know Mee Eun Kim as a longtime keyboardist for TSO East (2000-2002, 2004-2007, 2011-2012). What many may not be aware of is this lovely Korean born musician has a multitude of other musical endeavors going on in Europe and Asia, including co-producing an album by Tina Turner, touring with German rocker Peter Maffay, and recently releasing a CD where she is singing lullabies in the German language.

Growing up in Korea, Kim was a church organist, and sang on her father's TV show. During her school days in Kuala Lumpur, Malaysia, her musical career started picking up steam, as she toured Southeastern Asia in 1996 with some other Korean singers. After finishing school, she came to Boston to study at Berklee College of Music where she graduated in 1999 Summa Cum Laude in Contemporary Music. As she moved to Germany, she became active there in many high-profile music projects, including a major role in "Tabaluga und das verschenkte Glück". Tabaluga, a story about a green dragon, was created by German music superstar Peter Maffay, and has been turned into musicals, animated television shows, and recordings. In 2003, Tabaluga was turned into a rock musical. Mee Eun toured with this musical in the role of "Nessaja" in 2003-04 (which kept her out of the TSO lineup in 2003), singing a duet with Mr. Maffay himself. 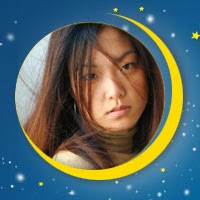 Over the years, Mee Eun has also done several CD productions and writing projects in Korea as well with popular artists like Moon Se Lee, Mi Kyung Park, Hey, Joo Hyun O, and many others.

She later collaborated with her husband and producer Gunther Mende on Tina Turner's first spiritual album "Beyond" in 2009. This album is a spiritual collaboration with Tina and singers Regula Curti (Christian) and Dechen Shak-Dagsay (Buddhist). This was a project to create a CD with Buddhist and Christian prayers together. In this video, Tina talks about the project and you can see her working with Mee Eun in the studio:


In 2010, Mee Eun released a collaboration CD with prestigious German actor Mario Adorf. The CD, entitled "Der Mond Ist Aufgegangen (translated: The Moon Has Risen)" features 16 lullabies that should appeal to both children and adults alike. It features Mario Adorf as narrator and the beautiful singing voice of Mee Eun Kim.

This site contains samples of the songs from her album – click here to hear Mee Eun sing!
http://www.amazon.de/Der-Mond-Aufgegangen-Mario-Adorf/dp/B004BZWL7K In an exclusive for the TSO Express, I was able to throw a few questions Mee Eun's way, and she happily participated:

Dan: Will you be involved in the 2012 Beethoven's Last Night tour?

Mee Eun: I got into NYC a few days ago for the next BLN tour rehearsals. So, YES I am doing the next tour and I am so very excited. We are working very hard and sounding great!

Dan: How did you initially get involved with TSO back in 2000?

Mee Eun: I was introduced to TSO in 2000 by a musician friend as they were looking for a keyboard player to tour with.

Dan: Your keyboard "duels" with Bob Kinkel were always a highlight. Did you two have as much fun performing those as the audience did listening?

Dan: At some of the 2011 TSO European shows, you addressed the audience in the German language. What was behind that, and what were you saying to the audience?

Mee Eun: Speaking German for some of the European shows last year was Paul's idea. He wanted to show the audience our respect and to let them know how happy we were to perform for them. Also announced that we will be signing the autographs after the show to meet new AND old friends.

Dan: How did you get involved arranging and producing the "Beyond" project for Tina Turner?

Mee Eun: Beyond - My husband and I are friends with Tina and her husband, and they introduced us to Dechen and Regula as they were looking for someone to help them with the idea of bringing the 2 religions/cultures together through mantras/music. The album is now released in over 55 countries.

Dan: In the past, you often have performed as a church organist. Do you still find time to do that?

Mee Eun: I live in Austria now (my husband is German) And there is a very old organ in this very old and beautiful church near where I live. I go there once in a while to play... Magical...

Dan: What is in your iPod right now?

Mee Eun: haha! believe it or not, in my iPod, it is all TSO right now as I am working on the possible new setlist for the tour. (but in general, I love listening all kinds of music. rock, jazz, classic, R&B, electronic etc...)